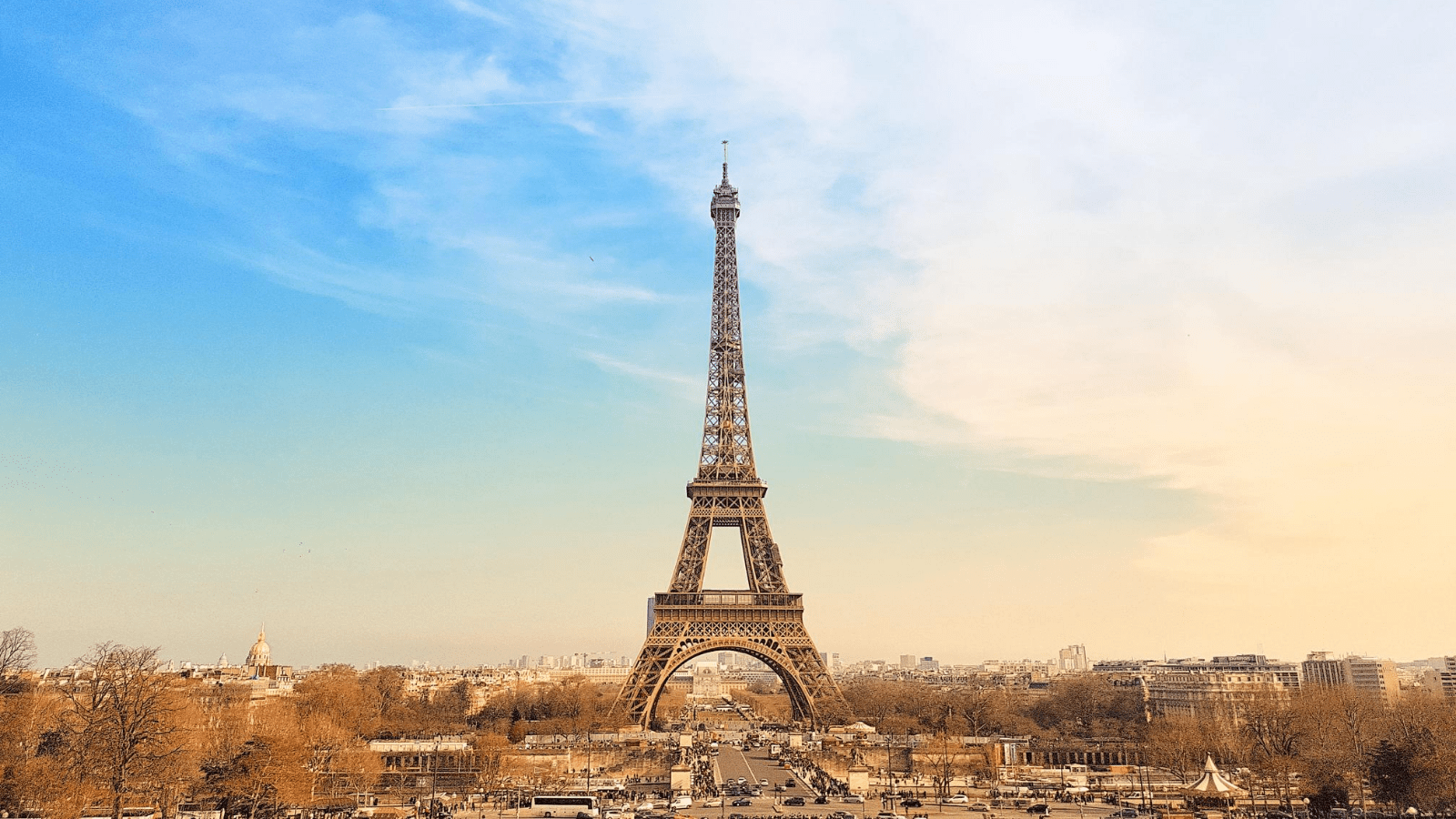 Although travel restrictions brought on by the pandemic meant that Australians cancelled $10 billion dollars’ worth of holidays in 2020, there’s no reason – thanks to technology – that we can’t still see the world from the comfort of home.

In this blog post, we’re going to take you on an adventure through Paris’ most popular attractions (virtually)!

You’ll find this is best experienced on mobile, so, just find a quiet moment and a bit of space to move your phone around and imagine being on these romantic streets once again…

The following is a 360° video created by Captivision. It allows you to experience Paris, as if you were there; just tilt your phone or move the mouse on your computer to look around (or, better still, use your VR headset if you have one).

The Louvre is the world’s largest and most visited art museum. It is housed within the Louvre Palace that was built in the late 12th century and has since housed generations of royal families.

The museum officially opened in 1973 and has since grown its collection to over 380,000 objects and 35,000 works of art, including the most famous of them all, the Mona Lisa by Leonardo da Vinci.

The Pompidou Centre, an example of high-tech architecture, was the first major ‘inside-out’ building in history. It features colour coded elements, for example, green pipes and blue ducts. The building opened in 1977 and houses a Public Library, centre for music research and the Musée National d’Art Moderne, the largest museum of modern art in Europe.

This peerless palace, now a UNESCO World Heritage site, was the main royal residence of France from 1682 to 1789, housing Louis XIV and Louis XVI. The grounds have undergone countless changes over the centuries; today they house stunning architecture, fountains, canals, geometric designed flower beds, the Royal Opera and apartments, as well as a hamlet made for Marie Antoinette herself.

Eiffel Tower and the river Seine

The 775km long river flows through Paris and offers a great vantage point for the 324 m tall tower. The Eiffel Tower was built in 1889 and is now one of the most recognisable structures in the world. There are three levels available for the public to visit, but the grass beneath the tower makes for the best spot for a picnic lunch.

Notre-Dame is a medieval Catholic cathedral, built between 1163 and 1345, as one of the first buildings to be created in the French Gothic architectural style. Sadly, the roof caught fire and caved in during early 2019, meaning the building is currently undergoing remedial construction works. The French Parliament has assured the public it will be rebuilt to appear exactly as it did prior to the fire.

The Sacré-Cœur Basilica is a Roman Catholic church, built between 1875 and 1914. It’s known as a minor basilica, which means it has been designated as a large and important church building by the Pope. There are only 1,810 in the world, meaning they hold great significance for other churches.

You’re now (virtually) standing in a major public square that was once the site for public executions, including that of King Louis XVI in the French Revolution.

This stop is the most extravagant deck arch bridge in Paris, which spans the Seine. It was built between 1896 and 1900, with its design featuring lamps, cherubs, nymphs as well as winged horses at either end.

This museum is the national military museum of France. Created in 1905, the museum holds pieces that are closely linked to the French military. These include weapons, armour, artworks and technology dating from the Middle Ages through to World War II.

The Arc de Triomphe is a patriotic monument built from 1806. The monument honours those who fought and died for France during the French Revolution, Napoleonic Wars and World War I.

The names of French victories and generals are inscribed on its surfaces and the Tomb of the Unknown Soldier from WWI lies beneath it. It stands at 50 metres in the middle of a roundabout with 12 entering roads; the scene may feel a bit chaotic, but the view from the top is undoubtedly worth it.

Want to experience more of Paris? The next video, Paris in 4K, certainly does the city justice…

Looking for more inspo about how to best enjoy your time at home? Take a sensory trip and support Australian businesses.

Would you like to receive group travel inspo straight to your inbox? Sign up and you’ll also be among the first to hear about the launch of our upcoming mobile app!